Andre Bazin is a renowned and influential French Film Critic and theorist. Bazin believed and favoured films having ‘Montage’ and ‘Realism’. He has been considered as one of the best critics of all time; it is also considered that the founder and author of ‘Cahiers du cinema’ – Andre Bazin paved way for a breakthrough in traditional film making to French New Wave.

Bazin’s articles and comparisons he said that a good film cannot be made with Italian Neo-realism and German Expressionism; he believed that it stands in the way of realism which gives the film a true potential to its audience. His articles like “The Evolution of Language of Cinema”, “What is Cinema” etc created ripples of acceptance and criticism around the world. His views and interest on literature, science, technology, and humanism gave full-fledged movement to the ‘New Wave’ after his demise.

He introduced Auteur theory that said directors are the creators of the film. Making the director’s own style only makes the film unique and creative. 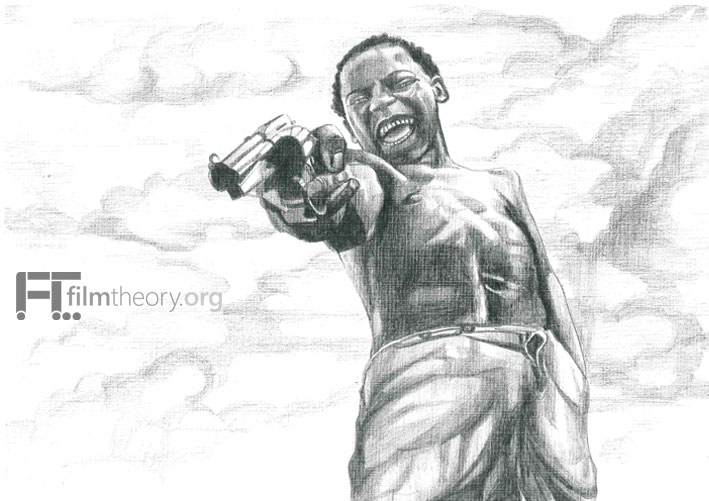 It was in 1943, Bazin published in ‘Cahiers du cinema’ literally means Notebook on Cinema that “… Directors are the authors of the film and should create their own signature style and not be totally influenced by the script given.” Even though there are no specific definitions for Auteur Theory it can be said that – the films reflects the personal ideas and styles of the director or director is the author of the work.

Before the theory was introduced, film was considered a work of art and the actors who made the sheets of scripts come to life like the “Audrey Hepburn Film”, “Marx Brothers Film” or a Genre Specific flim like Sci-Fi, Thriller, and Horror Films etc.

Alfred Hitchcock, Francois Truffaut, Satyajit Ray, Akira Kurosawa, Jean Renoir were few of the true Auteurs who believed in using their own style of Film Making as a signature and masterpieces. Some of the remarkable movies of the above listed directors are, Psycho, The 400 Blows, Pather Panchali, Rashomon etc always gave out the signature style that audience instantly know who is the director of the movie is. The films made by these directors are used as academic studies that depicted the culture, status of living, economy etc from that time that showed the real society in yesteryears and the influence it had on the directors was very clear.

Criticism of Andrew Sarris on the Theory

The theory was well received and caught attention of many; it is one of the highly criticized theories. Even though it is true directors involvement is necessary, it is also true that a film can’t be made by a director alone. Theory ignores the script criteria. The director simply can’t take all the credit of making a successful film.

The influence of Auteur Theory came to United States only in 1963, when a Film Critic from New York – Andrew Sarris wrote a book called “The American Cinema” that described the perception of major American directors on film making. In his book Andre Sarris agrees that role of the director as an author needs expertise in the fields of technicality, signature style, and influence of personality but a movie simply cannot be made without a team effort from actors, script, camera techniques and every single detail that needs to be appeared on the screen.

Director is the primary force and creator of the film and making film is a unified effort of the team and each and every individual who work in that movie. And lack of information or expertise might collapse the movie let it be the directional, script, production, costume, make up etc. this collective efforts is what makes a remarkable movie and the Director is the one who brings the characters to life and burden taken by the director is very huge in the current day when people now recognize the films that release as a “Steven Spielberg movie”, “Howard Hawks film” or a “Pixar Films”

Filmed and released in Brazil and directed by Fernando Meirelles and Katia Lund on 2002, released internationally the following year, the “City of God” was a motion picture produced with a Brazilian crime drama genre. The framework of the movie plot was liberally rooted from factual incidents and mirrors the propagation of orchestrated delinquency in the commuter belt of Rio de Janeiro called Cidade de Deus during the final swing of 1960’s and latter period of the 1980’s. The conclusion in the movie illustrates the bloodshed fight in the midst of a substance peddler Li’l Ze and a felon named Knockout Ned. The main actors of this movie are Alexandre Rodrigues, Leandro Firmino da Hora, Jonathan Haagensen, Douglas Silva, Alice Braga, Seu Jorge and the inhabitants of the hovels like Vidigal and Cidade de Deus. This movie, was given critical accolade globally when it has garnered four Oscar Awards nomination on 2004.