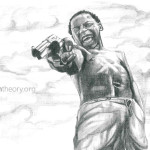 Introduction Andre Bazin is a renowned and influential French Film Critic and theorist. Bazin believed and favoured films having ‘Montage’ and ‘Realism’. He has been considered as one of the best critics of all time; it is also considered that the founder and author of ‘Cahiers du cinema’ – Andre Bazin paved way for a breakthrough in traditional film making to French New … END_OF_DOCUMENT_TOKEN_TO_BE_REPLACED