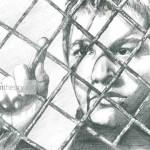 Introduction French New Wave otherwise called as Nouvelle Vague is a film movement in France began in late 1950s. The wave was started by the critics in association with Cahiers de Cinema who later became filmmakers. Thought Nouvelle Vague is not a movement, it was visible that they challenged the ‘quality’ of French Cinema setting a postwar trend within the French film … END_OF_DOCUMENT_TOKEN_TO_BE_REPLACED