Feminist Film Theory is a theory that discourses about women’s participations and roles in almost every field in the community and in the society in general. In this modern world, women are not only limited on one single field of expertise. In every turn, the presences of women are extensively felt. May it be in politics, in Dramas, in Science, in Literature, in Arts, in Politics, in the Governance and even in Films.

The progression of Women’s Influences to the World of Drama, Comedy, Films and Movies, dated from the early Centuries of Television Productions and Cinema. Elizabeth Montgomery, for instance, from the situation Comedy Bewitched, was admired and loved by her role in the sitcom. She effectively carried her role and the show, as real and as lovable as she was. Beautiful and sunny and praise-worthy. 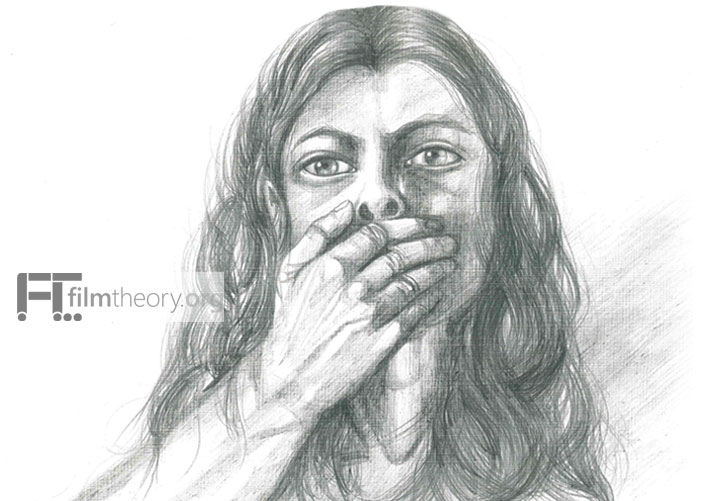 Woman filmmakers are not from today but way back since the beginning of 19th century. And the first feminist movement happened to protect the women from gender difference to equal pay in the industry and acknowledging woman claiming her own rights and interests. The subjectivity to women expressing herself didn’t complete until the start of second feminist movement.

Feminist Film Theory, generally is about theoretical film criticism that arises from feminist politics and theories governed by the second wave feminism rooted from sociological theories concentrated on the how the public scrutinizes how women delivers the attitudes, scenarios, and characters given to them to portray in a particular film in a television or cinema screens. Some even disputes the diverse distinction between the male and female roles in a film which involves the public’s opinions and criticisms that have both a vital importance in the development of the given notions. This abstraction helps in the further analysis of the Feminist Film Theory.

It is said to be hypothesized by scholars that the parts of the women in a movie or drama is only the perception of the society about women and their functionality in the craft. Not long ago, specialists in a particular branch of Feminist Film Theory has elaborated their exertion on their dissertation and perusal on the discourses of the theory, taking as well into account grasping even the domains of Television and Digital media where the women workforce also thrives itself in interlacing success.

In the genre of Filmmaking, there are notable women around the globe who are working behind the camera who are excellent in the field of history-making film industry.

The influences of feminism in the world of filmmaking, shows the unparalleled power and flexibility and talents and skills and broad expanse of the female gender in the industry. However, there are film critics that debates the women’s functionality, the purposes of their presence and activities, and how the cinema or TV-viewing public regard the roles of women’s personifications may it be in a drama, a comedy, a sitcom, most of all in a big screen cinema.

A critically acclaimed British biopic motion picture concentrating on the life and endeavors of Margaret Thatcher with an interminable service period stretching from 1925 – 2013 as a Prime Minister of United Kingdom during the 20th century. As directed by Phyllida Lloyd, Thatcher was depicted principally by an award-winning actress Meryl Streep. However, the young Thatcher was represented by Alexandra Roach. Jim Broadbent acts as Thatcher’s husband Denis Thatcher and Harry Lloyd being the young Denis. Anthony Head was casted as her cabinet member turned second in command, Geoffrey Howe. Despite the interlacing evaluations of this motion picture, Streep’s rendition of the lady Prime Minister was vastly applauded and was remembered as one of the first rate portrayal she has ever done in her entire occupation garnering her 17th Best Actress Nomination in Academy Awards for her role thus bringing home the bacon. Not only did this movie showered Streep her first Oscar Award trophy after twenty-nine years from her first win, she was also presented with her third Best Actress in a Motion Picture Drama award in the Golden Globe and her 2nd British Academy of Film and Television Arts Award as a Best Actress in a Leading Role. In the plot of the movie, the story launched in the times of 2008. The aged Thatcher walks unnoticed through a shop all by herself she went forth to purchase some milk. Old and powerless and suffering from impaired reasoning and reminiscing the shining days both of her personal and white-collar lifestyle, and about the pain of losing her other half and enduring the hardships of differentiating the variation of the bygone from the current. The movie’s subject matter convey’s about the empirical cost Thatcher recompensed for gaining her competence. This film is fully packed with a series of flashbacks from Thatcher’s life starting from her struggling adolescence, recounts of her hardships to position herself as a Lady Member of the legislature. Further flashbacks depicts the authoritarian yet mature persona of Thatcher who were belligerently blustering at her executives. This highly praised motion-picture film was first released in December 26, 2011 in Australia and in United Kingdom in January 6, 2012 then in France on February 15, 2012.